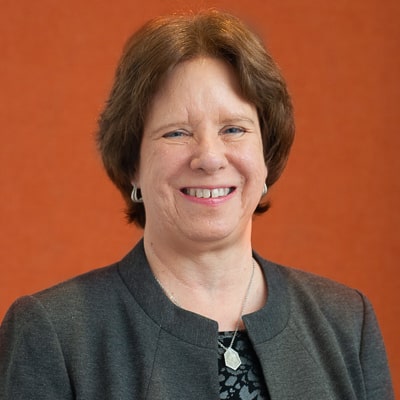 Betsy Anderson serves as has served as Director of Communications for the Philadelphia Foundation since 2009. In this capacity, she coordinates communications about the organization regionally and nationally to create and build a positive reputation for its mission of growing long-term philanthropic dollars to benefit Greater Philadelphia.

She began her career as a reporter and editor for newspapers in Michigan and New Jersey. Her work covering education, politics, religion, agriculture and the military has been recognized with honors including first places in feature writing from the New Jersey Press Association and the New Jersey Chapter of Sigma Delta Chi, the society of professional journalists. She also is the winner of the Benjamin Fine Award for the National Association of Secondary School Principals and was a finalist in the Penney-Missouri national newspaper feature writing competition.

As a contributing editor, she produced cover stories for the New York Times and the Philadelphia Inquirer, as well as Atlantic City, Delaware Valley, Applause, Just CrossStitch, Military Lifestyle and Soroptomist magazines. In addition, Betsy is a co-author of The Prentice Hall Complete Business Etiquette Handbook, chosen as a Newbridge Book Club executive program selection and which has been translated into Mandarin Chinese.