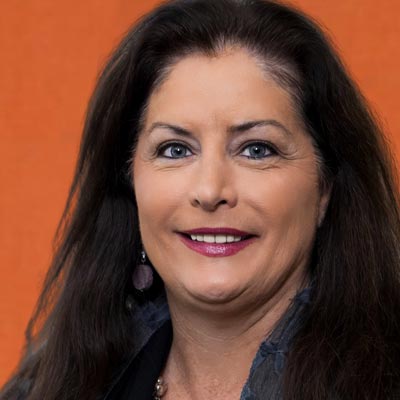 Diane Melley is Executive Director & Senior Advisor for the Philadelphia Foundation. In that role, she leads planning, execution and partnership-building, in support of a series of initiatives implementing Philadelphia Foundation’s second century of civic and philanthropic leadership in the community. She also leads the building of new strategic relationships with the corporate sector and corporate volunteering, including the Greater Philadelphia Corporate Volunteer Council, the Arts and Business Council and the Key Skills Hub.

Melley joined the Philadelphia Foundation in August 2018 after 36 years at IBM, where she was Vice President, IBM Foundation and Vice President for Global Citizenship Initiatives. That role included IBM’s global Impact Grants program, which brought technology solutions to communities around the world, its humanitarian responses to disasters, and its IBM Global Volunteers program. A Systems Engineer and technologist by training, she led IBM’s Systems Integration practice prior to leading the global citizenship team. She also led IBM’s own Centennial Celebration of Service in 2011.

A long-time Philadelphian with a bachelor’s in Computer Science from LaSalle University, Melley holds an MBA from Drexel University, and is a graduate of Harvard and Stanford Executive Leadership Programs. Melley is on the boards of Independent Sector, the Points of Light Institute and IAVE (International Association of Volunteer Effort). She is a 2001 Eisenhower Fellow to the European Union and Ireland. She formerly served on the Chamber of Commerce for Greater Philadelphia board and as two-term chair of the Philadelphia Education Fund, as well as two-term chair of the U.S. Chamber of Commerce Center for Corporate Citizenship.

She is a founding faculty member of the Institute for Corporate Social Responsibility at Johns Hopkins University and is certified by both IBM and the Project Management Institute as a Project Executive. She is passionate about mentoring and providing opportunities for girls and the under-served in the STEM fields. She lives in the Philadelphia area with her husband and two daughters.