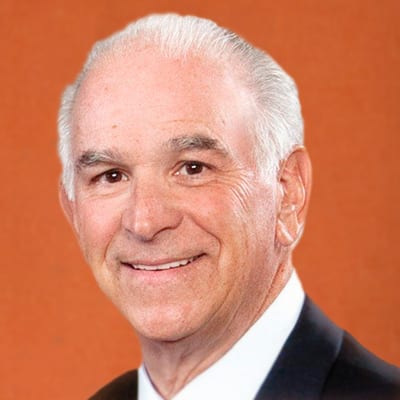 Stephen A. Cozen is founder and chairman of Cozen O’Connor, a full-service, Philadelphia-based law firm with over 675 attorneys in 26 offices throughout the United States, the United Kingdom and Canada. He was appointed to The Philadelphia Foundation Board of Managers in 2017 by the presidents of the University of Pennsylvania, Drexel University and Temple University.

An accomplished litigator and counselor, Cozen is a Fellow in the American College of Trial Lawyers, a Fellow of the International Academy of Trial Lawyers and Litigation Counsel of America, and a nationally recognized lecturer and author on a wide variety of legal and litigation issues.

Cozen is active in civic and philanthropic leadership. He serves on the board of The National Museum of American Jewish History, where he is first vice-chair elect, and the University of Pennsylvania’s Law School Board of Overseers. He spearheaded the development of the Samuel D. Cozen PAL Center and remains actively involved with the organization. He is chairman of the USC Shoah Foundation Institute Board of Councilors, Chairman of its Five Year Campaign Initiative, and currently serves on the boards of Franklin Square Holdings, LP, Haverford Trust Company, and ABR Reinsurance Capital Holdings, Ltd.

His community awards include the Anti-Defamation League’s (ADL) highest honor – The 25th Annual Americanism Award – in 2002, and the 2008 Musser Excellence in Leadership Award from Temple University’s Fox School of Business. In 2011, Cozen was honored by Drexel University as the Business Leader of the Year. Cozen played a major role in the creation of the Kimmel Center for the Performing Arts and in innovative programs at Project H.O.M.E.

Cozen earned his undergraduate degree and law degree, both with honors, from The University of Pennsylvania.