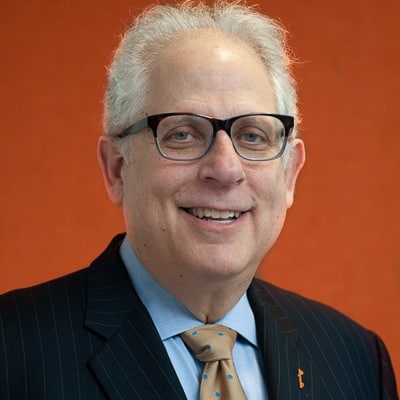 Andrew R. Rogoff joined the Board of Managers in January 2017. After more than thirty years as an associate and partner in the law firm of Pepper Hamilton LLP, he is now Senior Counsel to the firm and a Fellow in the Pepper Center for Public Service. He represents immigrants who seek the protections American law affords to those facing persecution at home.

Before joining the Pepper Center, Mr. Rogoff was a trial lawyer in the firm, where he focused his practice on the defense of pharmaceutical product liability claims and allegations of professional negligence. He tried to verdict several dozen jury and non-jury matters, argued appeals in federal and state courts, and appeared before the federal Judicial Panel on Multidistrict Litigation. He previously served as an assistant district attorney for five years in the Philadelphia District Attorney’s Office.

Throughout his career, Mr. Rogoff has been devoted to pro bono legal services, human rights and community improvement causes. His pro bono practice included the defense of a first-degree murder case for a battered woman; immigration matters with HIAS; and post-conviction cases with the Pennsylvania Innocence Project

Outside the firm, he has served on several boards of directors, including those of the American Foundation for Suicide Prevention; the National Clearinghouse for the Defense of Battered Women; and Beth David Reform Congregation in Gladwyne, PA. Mr. Rogoff taught trial and appellate advocacy as an adjunct professor at the Rutgers School of Law – Camden and the University of Pennsylvania Law School. He received his BA from Yale University and his JD from the University of Virginia.