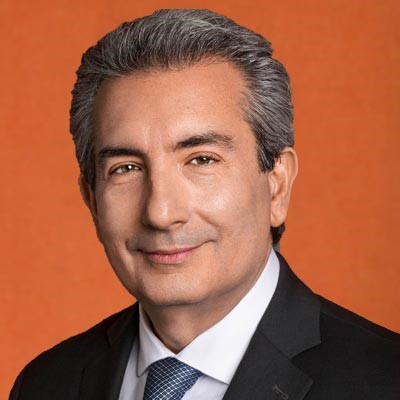 Prior to joining the Philadelphia Foundation, he served as Executive Vice President (EVP) and Head of PNC’s asset management group and previously as EVP of its corporate banking group. In these two roles, he led PNC’s efforts in the growth of wealth management, institutional investments and ultra-high net worth business segments, as well as establishing relationships with corporate finance and middle market clients across multiple industries across the mid-Atlantic region.

Before joining the financial services field, he was an auditor with Deloitte, which provides audit, financial advisory, tax and consulting services to its clients.

He has deep roots within the Philadelphia area having grown up in the Kensington neighborhood, graduating from Central High School and earning a BA in accounting from Philadelphia University and an MBA from Villanova.

Esposito has served on the executive committee of the United Way of Greater Philadelphia and Southern New Jersey and led its 2017-18 campaign.

He has been active on the boards of the Philadelphia Zoo, the Philadelphia Museum of Art (where he has co-chaired the Corporate Executive Board), Thomas Jefferson University, and TouchPoint Inc.