Table for Two: Foundation Leaders Talk On the Table

Community foundations are much more than grant makers — but, sometimes that isn’t always recognized by the communities they serve. In this “Table for Two,” we talk to the heads of two very different community foundations and learn how they embraced their role as On the Table conveners and used what they learned to inform their work. Philadelphia and Bozeman couldn’t be more different: one east coast and urban, the other nestled in the beauty of the Rocky Mountains. The birthplace of American democracy, Philadelphia has a population of 1.5 million with one of the nation’s oldest community foundations on the cusp of its centennial. Marking only 20 years, the Bozeman Area Community Foundation is located in a small, but rapidly growing city of less than 50,000. Whether you have more than 100 years of service or only a few years, On the Table can be a powerful tool to harness the power of the people to propel your mission forward.

In this “Table for Two,” we sit down with Pedro Ramos (PR), president and CEO of the Philadelphia Foundation and Bridget Wilkinson (BW), executive director of the Bozeman Area Community Foundation. The Philadelphia Foundation has hosted On the Table Greater Philly conversations over the past two years as part of a national civic engagement initiative supported by the John S. and James L. Knight Foundation. A Seat at the Table conversations were held in the fall of 2018 across Gallatin County in southern Montana.

Pedro and Bridget share the reasons that their community foundations decided to adopt this civic engagement initiative – and what they learned as a result.

Why did the foundation decide to take on this initiative?

PR: On the Table Philly provided an early opportunity to advance the Philadelphia Foundation’s strategy to add civic and community leadership and engagement to our core work at the beginning of a new century of service to the region. It was particularly attractive because it provided an opportunity to work with the “doers” throughout the Greater Philadelphia region who did not necessarily hold institutional roles or titles. This new role of engaging our community in dialogue was an excellent complement to the Foundation’s history as grant-maker and convener with nonprofits.

BW: Gallatin County was beginning to convene around two issues presenting us with an incredible opportunity to shape our future. First, state and federal budget cuts, and second, a rapidly growing and changing community. As a result of these issues, there were a lot of city/county strategic and growth plans in progress, and we felt they all could benefit from some healthy constituent feedback.

At the same time, we also understood that as the Foundation continued to scale to address the needs of our growing community, we needed to know what people wanted from us and where they wanted us to focus. Instead of hypothesizing what we thought the challenges and opportunities were, we wanted to engage citizens and hear the answers directly from them.

Both of these set the stage perfectly for A Seat at the Table.

PR: The greatest things in our country have happened because people have gotten together informally and contemplated what they could do if they joined forces – whether it’s historically in Philadelphia’s role in the founding of our country or at counters ending Jim Crow laws. People ultimately want to make the places where they live better. They want to get to know and trust each other, and do things together in ways that social media can’t always do and can’t replace.

What were the most memorable conversation that you have attended or heard about as part of this process?

BW: Across Gallatin County, we hosted conversations at our detention center with inmates and staff, and we were shocked at the similarities between their concerns and what they loved most about the community, as compared to the discussion at a conversation across town at a house party in a more affluent neighborhood. Both groups were concerned about economic opportunity, jobs and workforce development; both expressed concerns about affordable housing and how to stay a connected community as we continue to grow. I think what was so beautiful about that is how it showed how much more similar than different our challenges and opportunities are across all sectors of our community.

PR: These were not discussions that institutions could script. In back-to-back meetings with two different groups – one at the Union League with business and finance executives, the other at the AFL-CIO with union leaders – both touched on the need to introduce young people to STEM and technical areas before high school.

At the Marrero Free Library branch community room, I joined a small group of people living the hardest lives one can live in the United States, who are participating fully as neighbors and citizens, even though by most accounts our institutions have not reciprocated that same level of faith and commitment.

How will your foundation use what you learned from these conversations?

PR: As we begin our Second Century of service to the community, we’re committed to incorporating the On the Table survey findings, and building community voices into our grantmaking and convenings. We also have committed to share the data broadly to inform civic discussions through the year. We’re heartened that several groups have continued to spontaneously gather on their own. The Foundation is seeking ways to encourage that because we know perpetuating those connections is ultimately how change happens.

BW: We wanted to be the convener of these conversations and gather insights – but this is the community’s data, the community’s voice. We’re also going out to the community to report back and share what we’ve heard, what we’ve learned, and we’re encouraging everyone to these insights to make the place that we live even better.

Has your experience changed the foundation? If so, how?

BW: It’s really been a good example of us demonstrating community leadership in a really authentic way – by listening. As a small community foundation, just two full time staff, A Seat at the Table has given us the opportunity to engage with city and county leaders that we wouldn’t have had otherwise. A Seat at the Table has given us more social and political capital – we’re demonstrating that we want to be a team player in this and we have the best interest of the community in mind.

PR: On the Table has accelerated our transformation to a much more externally facing, civically engaged organization. It has also demonstrated the power of an open-source approach to civic engagement. As civic and social sector leaders, we are all guilty to some degree of operating in our own bubbles.  It is humbling, inspiring and necessary to have structured ways of getting us beyond our normal reports and evaluations to hear from residents of the communities we serve. We take pride in funding successful programs and effective organizations, but to make a tangible difference to our neighbors where they are, we need to keep what matters most to them at the forefront of our thinking.

Have these conversations changed how the foundation is perceived in the community?

BW: One tangible impact we’ve seen is with our donors – we’re having conversations with some people that probably wouldn’t have reached out to us who are interested in learning more about the data to make more informed decisions about their giving.

PR: On the Table Philly and our corresponding mini-grants have enabled our community foundation to expand the already extensive network of social sector organizations we work with. People now see us as more than a grant-maker. They see us as an entity that listens and responds. They feel comfortable turning to us with ideas they want to implement so they can explore ways to make them happen together.

We’ve empowered people. Almost two-thirds of our survey respondents said they came away from their conversations with some concrete idea they didn’t have before about things they could do to have an impact. It really shows that leadership doesn’t necessarily require titles or organizations, it just requires people. Hosting a discussion in itself is an act of leadership. 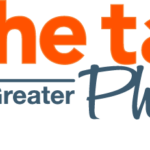 PHILADELPHIA FOUNDATION AND KNIGHT FOUNDATION PARTNER FOR THIRD TIME TO INSPIRE & STRENGTHEN LOCAL COMMUNITIES ON OCT. 17 THROUGH ON THE TABLE PHILLY 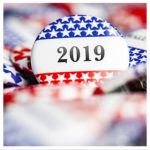