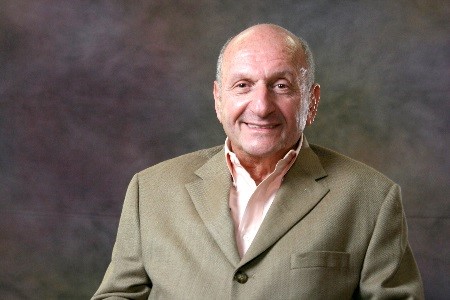 PHILADELPHIA, PA (10/23/2017) – Mel Heifetz, a self-made Philadelphia real estate investor and philanthropist nationally known for his support of GLBT causes, has announced a $16 million gift that will expand the GLBT Fund of America, an endowed Donor Advised Fund at The Philadelphia Foundation (TPF).

The fund, established by Heifetz at TPF in 2007, supports the GLBT community in such areas as civil rights, social justice and health needs.

This transformative gift consisted of real estate and cash.

“We are proud to have been entrusted by Mel to continue in perpetuity the work that he has been championing his whole life,” Ramos added.

Heifetz, a native of South Philly, began his commitment to, activism for and financial support of GLBT people everywhere in his early 20s, and is known as one of the most generous supporters of gay rights causes in the country.

He built several successful hospitality and residential businesses and at one point co-owned Sisters, one of Philadelphia’s earliest lesbian bars. Virtually every GLBT organization in Philadelphia has benefited from his generosity, including the William Way LGBT Center, whose mortgage he paid off in 2005. More recently, Heifetz has worked closely with Project HOME on a new housing facility that will be GLBT-friendly.

Heifetz is also highly regarded for his activism on public policy that advances GLBT causes.

“I hope that others will be inspired in their own generosity, especially in support of the GLBT community,” said Heifetz.

Founded in 1918, The Philadelphia Foundation (TPF) strengthens the economic, social and civic vitality of Greater Philadelphia. TPF grows effective philanthropic investment, connects individuals and institutions across sectors and geography, and advances civic initiatives through partnerships and collaboration. A publicly supported foundation, TPF manages more than 900 charitable funds established by its donors and makes over 1,000 grants and scholarship awards each year. To learn more, visit www.philafound.org.