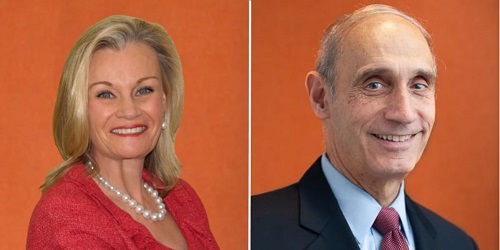 As Greater Philadelphia’s community foundation, Philadelphia Foundation serves as a philanthropic and civic leader in the region, with a focus on addressing community needs and seeking sustainable solutions to issues that inhibit the vibrancy and growth of our communities. The organization’s latest efforts include the hosting and the co-leadership of the PHL COVID-19 Fund, which deployed $17.5 million to over 500 nonprofits serving on the frontlines of the novel coronavirus.

“There are both great opportunities and significant challenges facing our region that call the Philadelphia Foundation to continue to grow its capacity to lead, fund and serve efforts that overcome disparities and expand the inherent potential we have as a great metropolitan area,” said Kate Allison, Chair, Philadelphia Foundation.  “As Philadelphia Foundation moves into its second century of service, I am humbled to be in this leadership role to help guide this crucial work and uphold a clear and purposeful mission that has endured.”

Allison served on Philadelphia Foundation’s Board of Managers from 2010 through 2018. In 2019, she led the Second Century Committee, which guided Philadelphia Foundation’s year-long community engagement initiative in recognizing its 100th anniversary and launching a new century of service. In 2015, she chaired the search committee for current President & CEO, Pedro Ramos, who marks his fifth anniversary with the organization this August.

“Kate is an exceptional business and civic leader, and a passionate community advocate,” said Pedro A. Ramos, President and CEO, Philadelphia Foundation. “Strategic and creative, her leadership has already made an impact. I look forward to working with her in her new role through this critical juncture in our community.”

Active in civic and community affairs, Allison is a member of the Dean’s Advisory Council for the College of Liberal Arts and Sciences of Villanova University and a member of the Board of Trustees of The Academy of Music.  She has served on numerous nonprofit boards and is a former director of the Board of the Greater Philadelphia Chamber of Commerce and a former member of its Executive Committee. She was the 2004 recipient of the Ethos Award for Character and Excellence in Communications, presented by her alma mater, Villanova University.

“It has been an honor and pleasure to serve as Chair during an exceptionally remarkable time in the history of this organization,” said Conti, immediate past Chair of Philadelphia Foundation. “I feel very fortunate that Kate Allison has agreed to be my successor. I know she will continue to be an outstanding leader for the board.”

Conti first joined Philadelphia Foundation’s board in 2011 and will complete his term permitted under the organization’s by-laws in December 2020. He was appointed Chair in 2016. During his tenure, he served on the Nominating and Governance and Executive committees and helped to usher in the organization’s second century of service to the region.