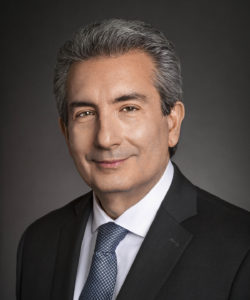 PHILADELPHIA, PA (April 12, 2019) – The Philadelphia Foundation announces the hiring of Orlando C. Esposito, a highly respected financial services executive with a history of deep engagement in nonprofit and community leadership, as its new Chief Financial Officer.

“Orlando’s knowledge and expertise bring an exciting mix of financial and nonprofit leadership and an orientation to service which will truly accelerate our next century of positive community impact,” said Pedro A. Ramos, President & CEO of Philadelphia Foundation. “I’m thrilled to welcome Orlando to our team of ‘doers’ dedicated to producing positive outcomes in our local communities.”

Esposito most recently served as Executive Vice President (EVP) and Head of PNC’s asset management group. He previously was EVP of PNC’s corporate banking group. In these two roles, he led PNC’s efforts in the growth of wealth management, institutional investments and ultra-high net worth business segments, as well as establishing relationships with corporate finance and middle market clients across multiple industries across the mid-Atlantic region.

He has deep roots within the Philadelphia area, having grown up in the Kensington neighborhood, graduating from Central High School and earning a BA in accounting from Philadelphia University and an MBA from Villanova. Esposito has also served on the executive committee of the United Way and led its 2017-18 campaign. He has been active on the boards of the Philadelphia Zoo, the Philadelphia Museum of Art, Thomas Jefferson University, and TouchPoint Inc.

“I’m delighted to join this significant organization at such an exciting time in its long and successful history,” said Esposito. “Philadelphia Foundation has grown its assets by over 33% and raised over $200 million in the past four years. That momentum and energy and the organization’s passionate commitment to helping people and communities thrive all attracted me to this position.  I’m looking forward to leveraging my experience to contribute to the next century of community philanthropy in Greater Philadelphia.”